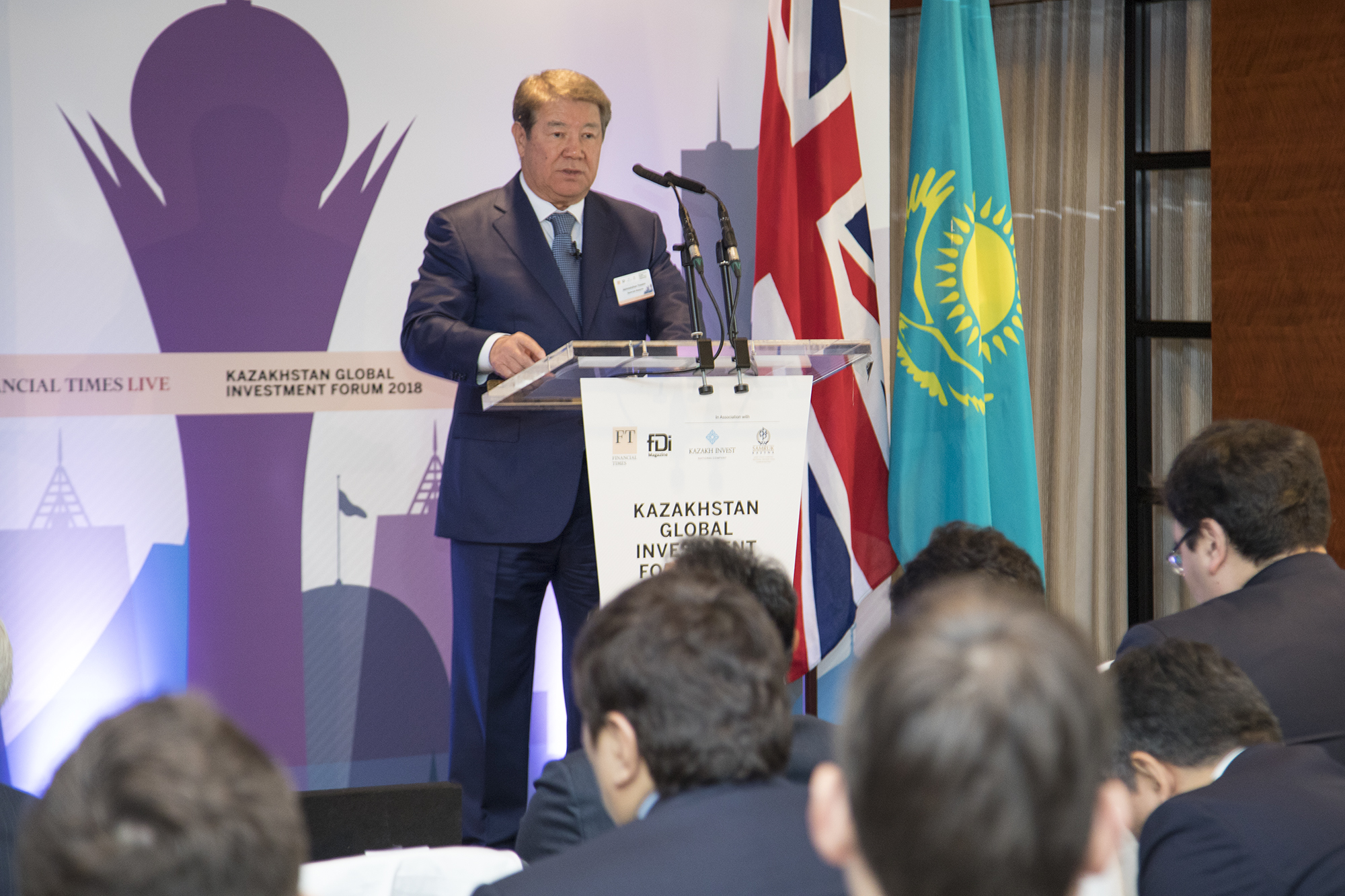 During the Kazakhstan Global Investment Forum, London, CEO of Samruk-Kazyna Akhmetzhan Yessimov met with President of EBRD Sir Suma Chakrabarti. As a result of this meeting, the parties signed Deed of guarantee for loan agreement between the ShalkiyaZinc LTD JSC and EBRD, which was signed in June 2017. The Fund acts as a guarantor of obligations worth USD 295 million attracted for financing construction of mineral processing factory in Shalkiya field in Kyzylorda region.

“Shalkiya happens to be one of the key projects under collaboration between the Fund and EBRD. The construction of mineral processing factory in the country's largest lead and zinc field would allow to produce about 100 thousand tons of zinc in zinc concentrate and 20 thousand tons of lead in lead concentrate in a year.” – stated by Akhmetzhan Yessimov during the meeting.

The next step in the implementation of Shalkiya project was signing EPC-contract for construction of mineral processing factory  between ShalkiyaZinc LTD JSC and German company Engineering Dobersek GmbH, which was nominated as a contractor in the project under EBRD procurement rules and requirements. The cost of Shalkiya project is estimated at USD 651 million. Commencement of the first phase is planned for 2020.

«We are ready to broaden the spectrum of collaboration with the EBRD. In particular, in this and next years we are planning to privatize more than 100 assets and all of them are interesting in terms of business,- said Akhmetzhan Yessimov.

In addition, during the investment forum, the Fund`s top management has presented to British companies investment opportunities of Samruk Kazyna Group. In his welcome speech when opening the Forum, the Fund’s CEO Akhmetzhan Yessimov encouraged prospective investors to participate in Privatization program of state assets and consider possibilities for establishing joint ventures at the three special economic zones sites in Kazakhstan.