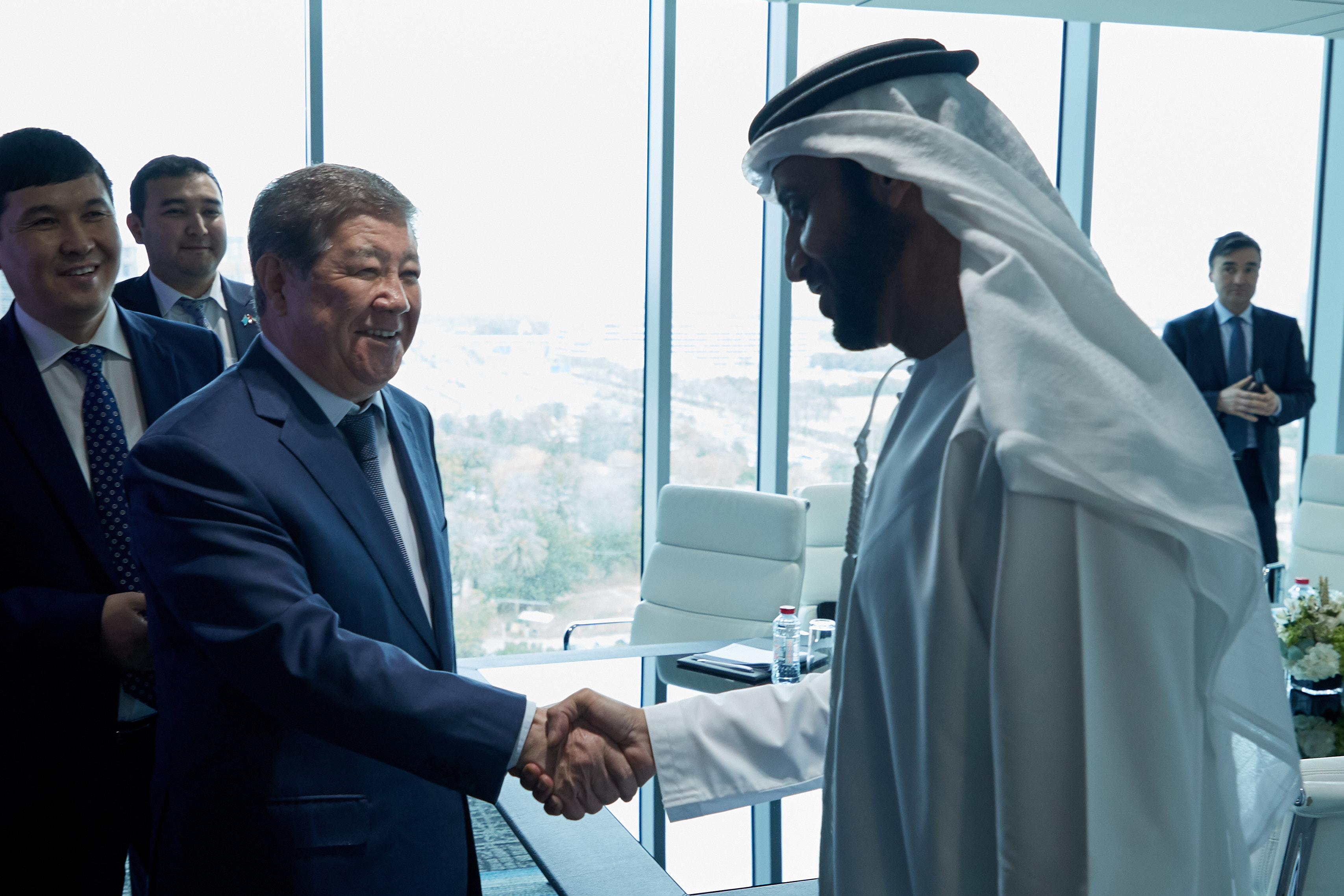 Samruk-Kazyna JSC has held a round-table discussion with foreign investors at the Nasdaq Dubai MarketSite on the Fund’s development strategy, privatization program, thus continuing the active promotion of these programs among investors. The event was attended by representatives of multinational companies and investors.

While giving a welcoming speech at the opening of the Round Table, CEO of the Fund Akhmetzhan Yessimov has invited companies of UAE and Middle East to intensify a mutually beneficial cooperation.

‘Samruk-Kazyna JSC manages the largest state assets of Kazakhstan valued at US74 billion and controls various sectors of the economy. Last year, the group of companies increased its net profit to KZT1.1 trillion, generating 6,8% of GDP ' added A. Yessimov.

Akhmetzhan Yessimov presented the Fund’s plans for the privatization program. As a part of its implementation, the Fund is working on preparation of 3 large companies for the initial public offering, as well as 2 companies for the strategic sale.

The leading communication operator Kazakhtelecom JSC and the national air carrier Air Astana JSC will go public in 2019, KazMunayGas JSC in the year 2020.

In turn, M. I. Al-Shaibani, CEO of the Dubai Investment Corporation, stressed the unconditional interest of Arab investors in participating in the proposed projects.

‘We were looking forward to this forum to learn about the prospects and opportunities of your portfolio companies. There is a lot in common between Kazakhstan and the UAE. Both countries are located on the borders of Europe and Asia. The global strategy of the new Silk Road, both for you and for us, is a new trade route to Europe. Therefore, we consider the projects that Samruk-Kazyna offers very carefully and will certainly participate in them,’ – said M. Al-Shaibani.

In addition, Tau-Ken Samruk JSC and Yilmaden Holding A.Ş. have signed the Term sheet agreement on the joint development of a project for the production of metallurgical silicon. The signing of the contract must preliminarily take place in the second half of 2019.

Let us recall that in November 2018, Samruk-Kazyna JSC has successfully placed 15% of its shares in JSC NAC Kazatomprom on the London Stock Exchange (LSE) and the AIFC (AIX). At the end of last year, the revenues from the core activities of the Fund’s Portfolio Companies amounted to more than KZT8.5 trillion and increased by 35% last year. The level of debt of the Group of Companies of the Fund decreased by KZT1 trillion, while the external debt decreased by US4 billion.