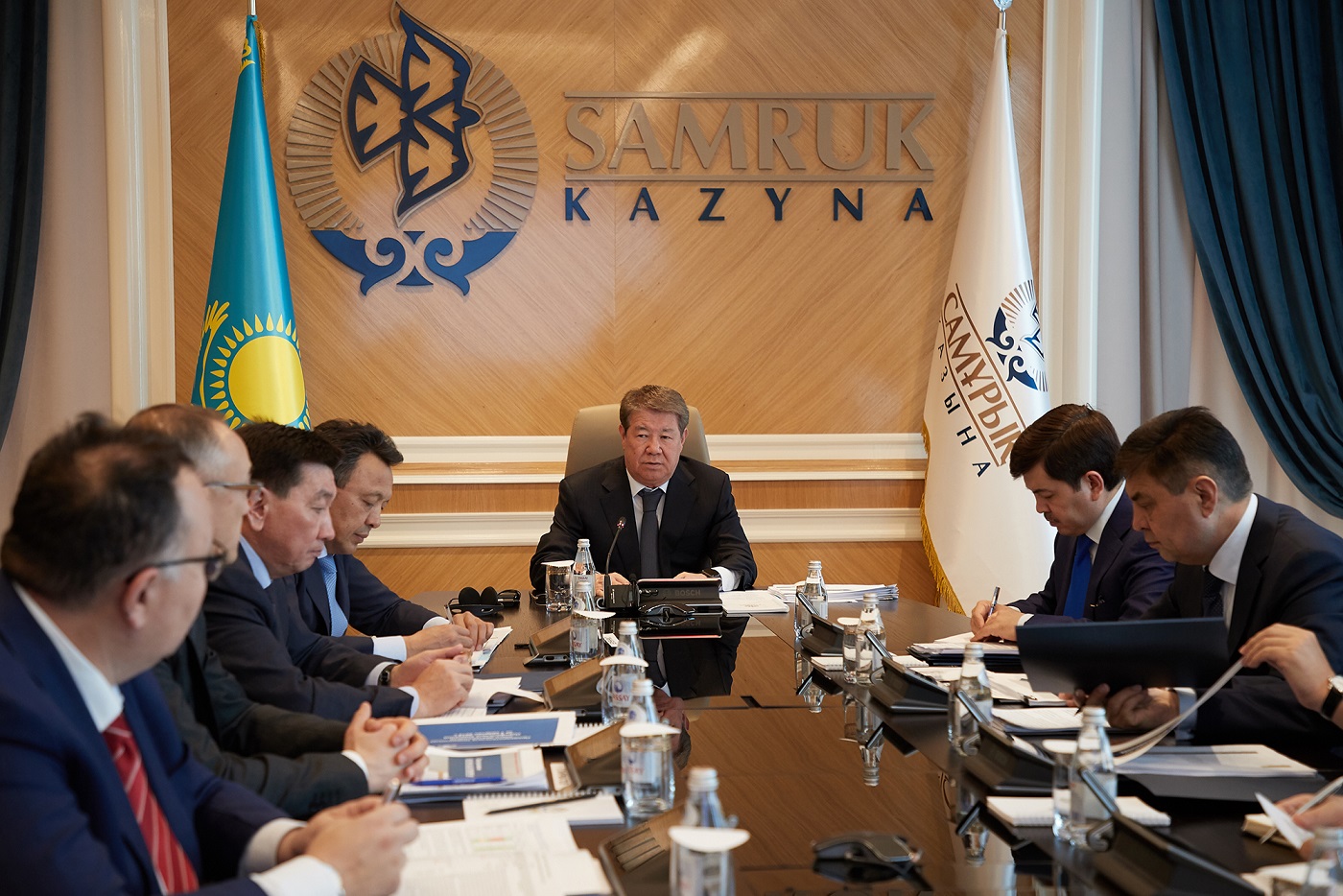 The net income of Samruk-Kazyna JSC for Q1 2019 has increased by 17.1% as compared to the same period of the last year and made KZT343 billion. This data was voiced during the meeting of the executives of the Fund’s portfolio companies with Akhmetzhan Yessimov, CEO of Samruk-Kazyna JSC.

The key growth drivers of financial indicators are the sales of petroleum products, gas, gas condensate, cargo turnover, postal services, significant increase in the production of refined gold as a result of reducing the cost price and general administrative expenses almost in all major portfolio companies of the Fund.

In addition, increase in the net income was affected by the growth in the income share of associates and joint ventures of the KMG group.

It should be reminded that in April 2018 Nursultan Nazarbayev approved a new Development Strategy of Samruk-Kazyna JSC for 2018-2028. The Head of State set ambitious tasks to the Fund which include among others efficient portfolio companies management and alignment of their performance with international peers.