Samruk-Kazyna JSC to sign agreements with Kazakh companies in the amount of 34.8 billion tenge 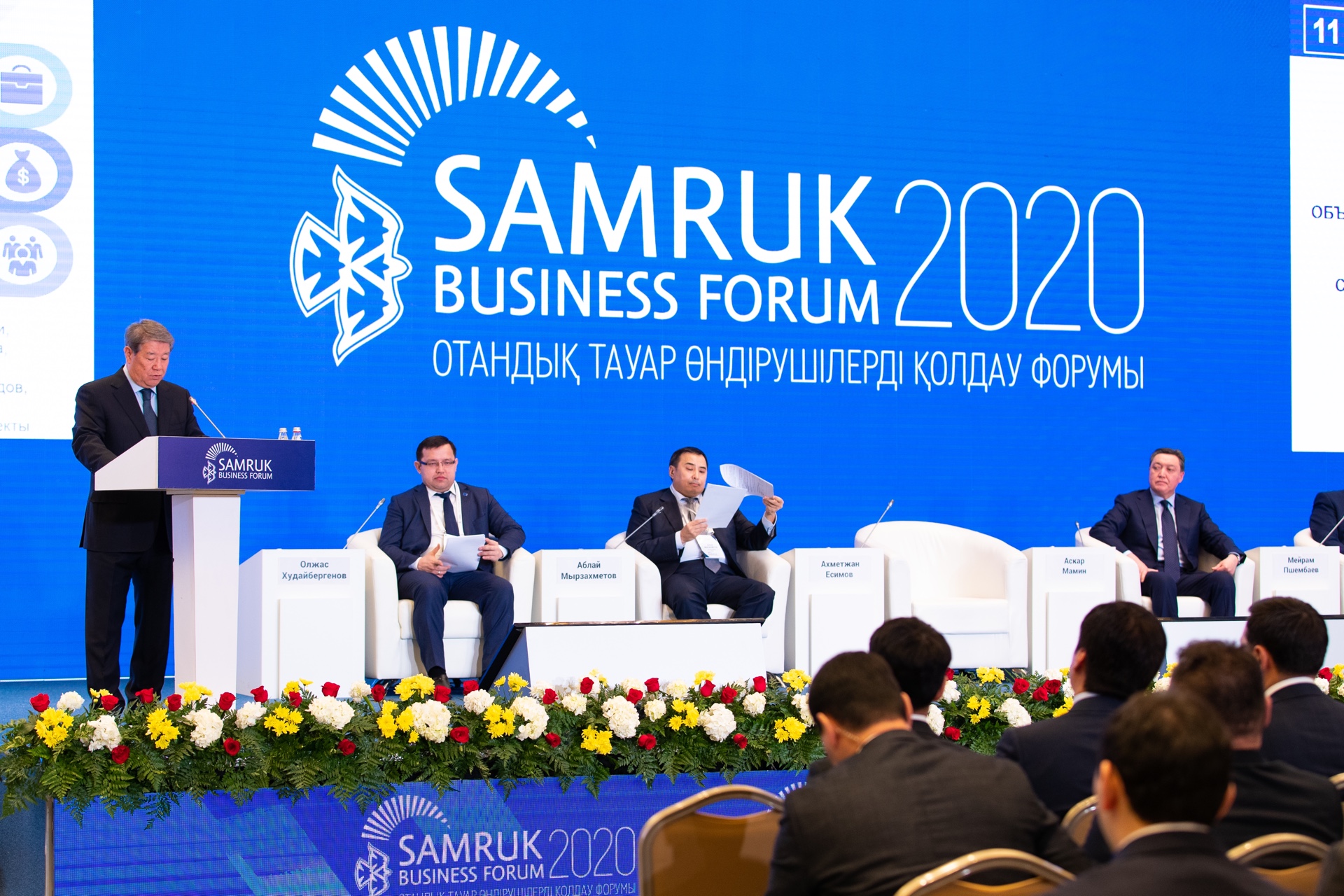 The first Samruk Business Forum to support domestic entrepreneurs was held in Nur-Sultan. The forum is organized by the National Welfare Fund “Samruk-Kazyna”.

The event was attended by Prime Minister of KZ Askar Mamin, CEO of Samruk-Kazyna JSC Akhmetzhan Yessimov, CEO of the national chamber of entrepreneurs of the Republic of Kazakhstan "Atameken" and business.

During the speech, Akhmetzhan Yessimov announced a 22-fold reduction in purchases from one source - from 4,500 items to 198. He noted that an analysis of the Fund’s procurement structure as of January 1, 2018 showed a significant share of purchases from one source (90%). In this connection, the contracts were concluded “on budget”, there was no economy and competitive environment. 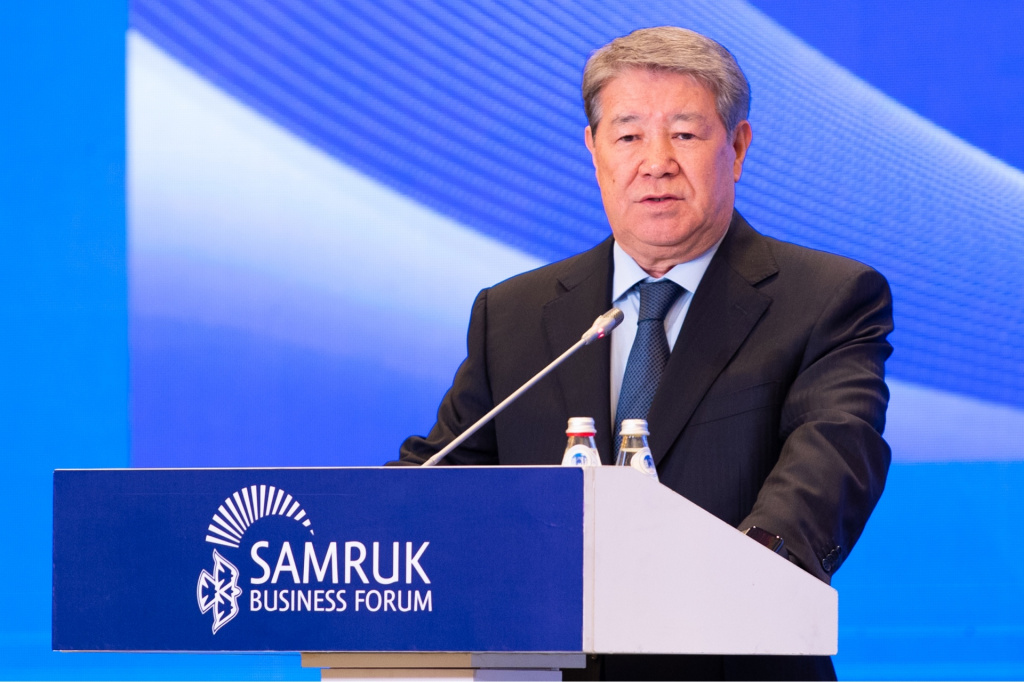 The procurement was categorized, the purchase of computer equipment was shown as an example - prices were 40% lower than previously stated, the warranty was extended from 3 to 5 years with an option in the form of a 30% discount on computer equipment for employees of the Group of Companies.

The CEO of Samruk-Kazyna JSC also emphasized that supporting Kazakhstani production is a priority. The volume of imports over the past three years according to the list of goods amounted to about 500 billion tenge. The Fund intends to conclude off-take contracts with domestic manufacturers within these sectors, guaranteeing them long-term contracts. Currently, the Fund has approved 27 projects. Recall that the main condition of the “off-take-contract” mechanism is the lack of production in Kazakhstan Republic and the need for Fund companies in it.

In addition, during the panel session, signing of agreements between the portfolio companies of the Fund and Kazakhstani enterprises in the amount of 34.8 billion tenge was held. An offtake agreement was signed with Asia-Trafo for transformers for KTZh, with Zhaik Petroleum for methanol for Atyrau Refinery, a memorandum with Karlskrona for console pumps for KazTransOil, a strategic partnership agreement with manufacturers of special equipment, a memorandum of cooperation between the Fund and Kazakhstan Engineering.

Prime Minister Askar Mamin noted the importance of the forum. 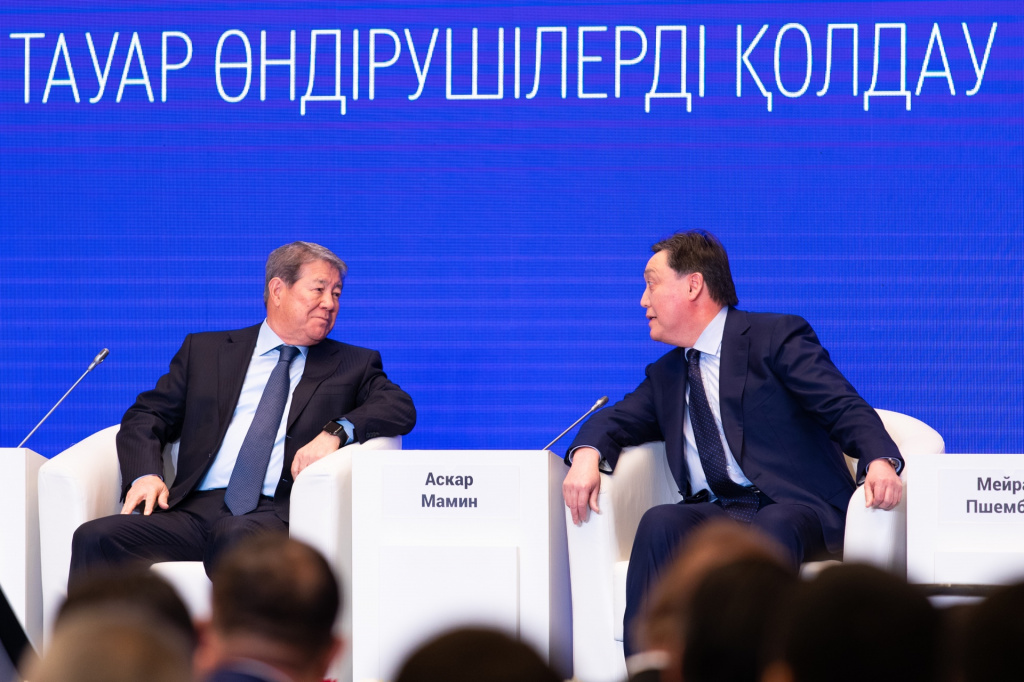 “The successful experience of Samruk-Kazyna should become an example and be extended to all regulated procurements including state bodies, quasi-state companies and subsoil users”,-  Askar Mamin said.

At the end of the plenary session of the forum, Askar Mamin and Akhmetzhan Yessimov presented awards to the best domestic enterprises.
A comment (0)
Leave your comment first
Portfolio companies