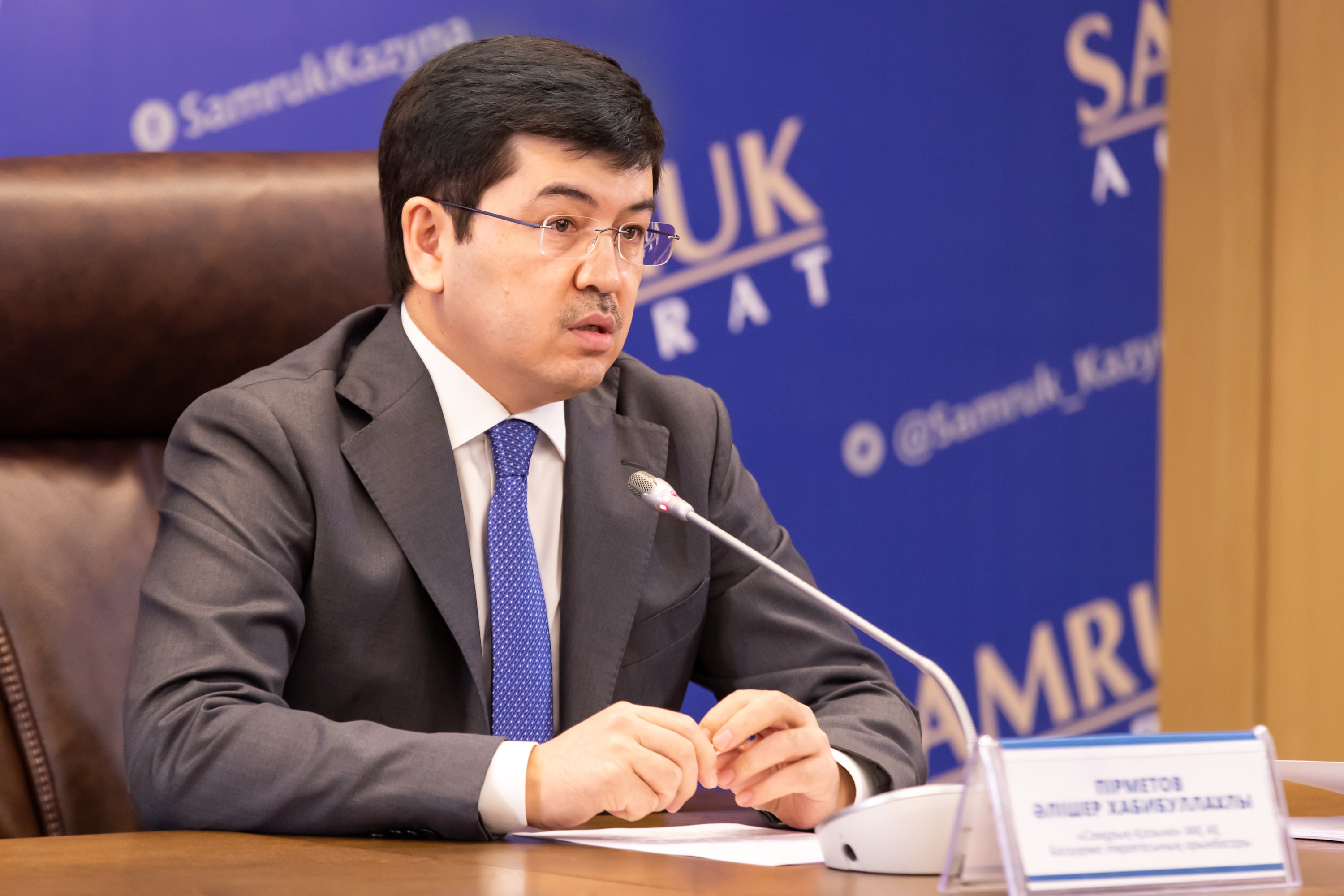 SWF Samruk-Kazyna JSC started implementing measures to restore the economy of the Republic of Kazakhstan. The fund will strengthen business support through the Samruk Kazyna import substitution program and the off-contract agreement mechanism. This was announced during an online briefing by the Deputy Chairman of the Board of the Fund Alisher Pirmetov.

Alisher Pirmetov noted the effectiveness of the off-take-contract mechanism in a crisis as a tool that guarantees a long-term order for the products planned for release. The fund forms a pool of goods in which there is a constant and stable demand for a group of companies, but there is no production in the country. To date, the list has more than 1200 items with a total long-term need of KZT200 bln.

Together with the Association of Financiers of the Republic of Kazakhstan, JSC Halyk Bank of Kazakhstan and JSC Bank RBK, a standard form of an off-take agreement was taken upon for acceptance by second-tier banks as a hard collateral.

Currently, the Fund has approved 37 projects in the fields of engineering, chemistry and telecommunications, etc. The volume of planned investments for these projects is about KZT218 bln and involves the creation of about 2 000 new jobs.

‘Thanks to the mechanism of off-take contracts, the Fund supported the creation of new industries in our country. If earlier the companies’ funds went abroad, today they remain here, working for the economy of our country and contributing to the preservation and creation of jobs, ‘said Alisher Pirmetov.

A. Pirmetov emphasized that in order to support entrepreneurs of Kazakhstan, an access to procurement of a group of companies was also simplified. In particular, manufacturers were exempted from making tender application and contract execution, reduced the terms of procurement from 41 days to 31 and requesting price offers for participation in them from 20 to 16. They reduced the volume of documents on the tender from 12 to 9, requesting price offers to 6 items.

In pursuance of the President’s instructions in connection with the conditions of the emergency, penalties and the inclusion of unreliable suppliers in the list of non-fulfillment of contractual obligations by the business were canceled.

The procurement standard was also required to use Kazakhstani materials and equipment in the preparation of design estimates. For violation of these standards penalties are provided.

A. Pirmetov recalled that the companies of the Fund were instructed to work out the conclusion of memorandum / agreements on the preservation of jobs in the procurement of up to KZT500 mln. To date, about 800 agreements have been signed with business obligations to prevent staff reductions. 163 procurement winners pledged to create new jobs.

‘For the third year, the Fund has improved procurement conditions for domestic businessmen. Today, at a time of crisis for the country, the time has come when business must take a reciprocal step. That is, not only to fulfill the contractual conditions, as before, but also to save jobs, ‘A. Pirmetov emphasized.

In turn, all the deputies of the first heads of companies have established KPIs to ensure Kazakhstan’s content. Including the support of domestic commodity producers in the sectors of the ‘economy of simple things’. This year, their share increased from 75% in 2019 to 94%.

Let us recall that the President of the Republic of Kazakhstan, Kassym-Zhomart Tokayev, while speaking at the final meeting of the State Commission on the State of Emergency noted the need to consider the proper use of procurement as a means of restoring economic activity.