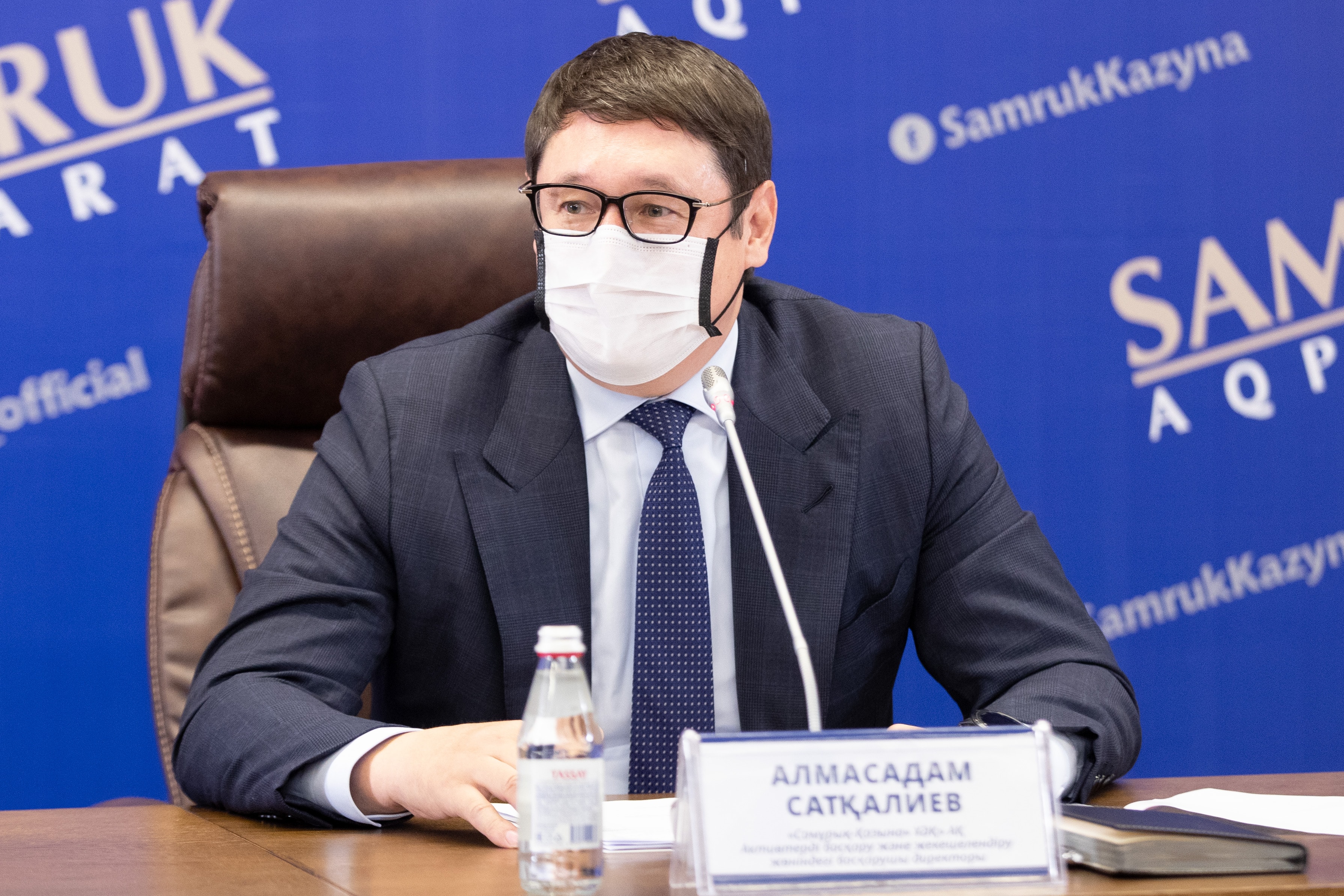 The State Commission for the Modernization of the Economy of the Republic of Kazakhstan has set new deadlines for the privatization of the assets of SWF Samruk-Kazyna JSC.

The managing director of the Samruk-Kazyna Fund Almasadam Satkaliev commented on the situation today. In particular, he explained the initiative put forward by the Fund to change the terms.

“Today, as a result of the impact of the pandemic, there is uncertainty in the capital markets, which significantly affects investment activity. In such a situation, the privatization of the assets of the Fund is at risk both in terms of fair value and the size of the placement. Therefore, we proposed that the sole shareholder of the Fund, the Government of the country, change the terms previously stipulated in the privatization plan for 2016–2020. As you know, our initiative was fully supported, ”A. Satkaliev said.

Thus, the privatization of large assets of the Fund is determined in the following terms:

1. 2021 - by a method of selling to a strategic investor Kazpost JSC and Samruk-Energy JSC.

This year, the Fund intends to sell a 10% stake in Kazakhtelecom UAPF. According to A. Satkaliev, this will allow not only to maintain the state’s presence in the strategic industry, but also guarantee the funds of investors.

Activities on the 21 medium-sized assets of the Fund will also be completed by 2023. At the same time, A. Satkaliev emphasized the decision on each of them will be taken solely for reasons of economic pragmatism.

Let us recall the Comprehensive Privatization Plan for 2016-2020, approved by the Decree of the Government of the Republic of Kazakhstan No 1141 dated December 30, 2015 and covered 167 companies.

At the same time, A. Satkaliev noted, at the beginning of June of this year Samruk-Kazyna SWF JSC completed the process of additional placement of shares and Kazatomprom global depositary receipts, using the favorable demand for previously placed shares of Kazatomprom. According to the results of placements on the London Stock Exchange (LSE) and the Astana International Financial Center (AIX) Exchange, the demand for the company's shares from investors exceeded the offer by 2.9 times.