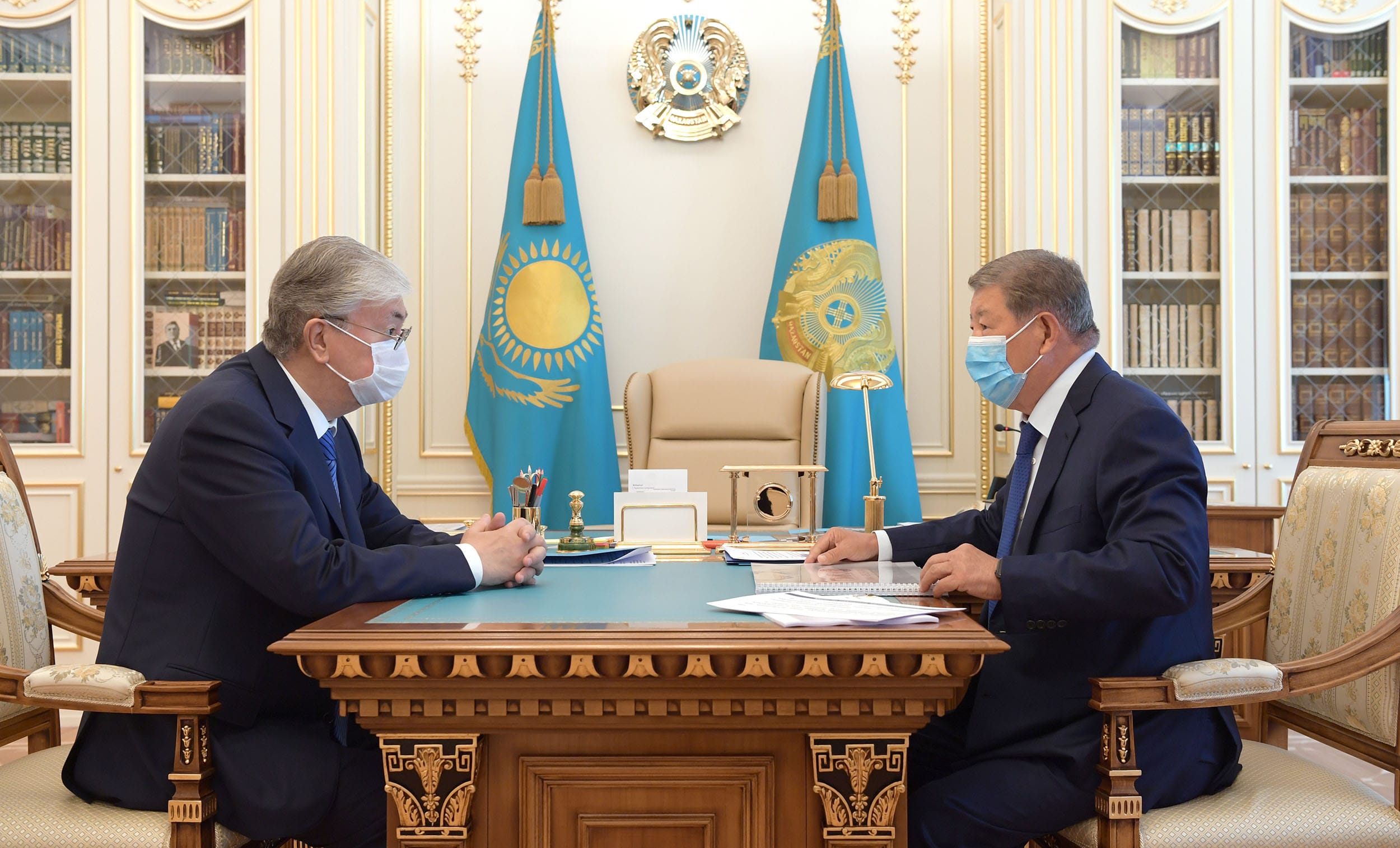 During the meeting, the Head of State was informed about the activities of the “Samruk-Kazyna” National Welfare Fund in the fight against the coronavirus pandemic.

Akhmetzhan Yessimov informed Kassym-Jomart Tokayev that in March this year, the Fund financed the purchase of 6 million protective masks for doctors, police and social workers.

The CEO of Samruk-Kazyna informed the President about the Fund's collaboration with the Ministry of Health, in which at the expense of funds of the company purchased 100 ambulances, 1 000 oxygen concentrators, 50 ventilators, pulse oximeters 1 000 and 3 000 antiviral drugs “Avifavir”.

President Tokayev was also informed that on behalf of Elbasy Nursultan Nazarbayev, the Fund will finance the construction of two clinics for the prevention and control of infectious diseases in Nur-Sultan and Almaty.

Akhmetzhan Yessimov told the President about plans to create a production of a coronavirus vaccine jointly with Russia.

During the conversation, the current situation in the Fund’s companies was discussed. Akhmetzhan Yessimov said that this year the Government will be paid dividends in the amount of 120 billion tenge, which is ten times more than in 2017. Earlier, “Samruk-Kazyna” sent more than 50 billion tenge to the national Fund ahead of schedule.