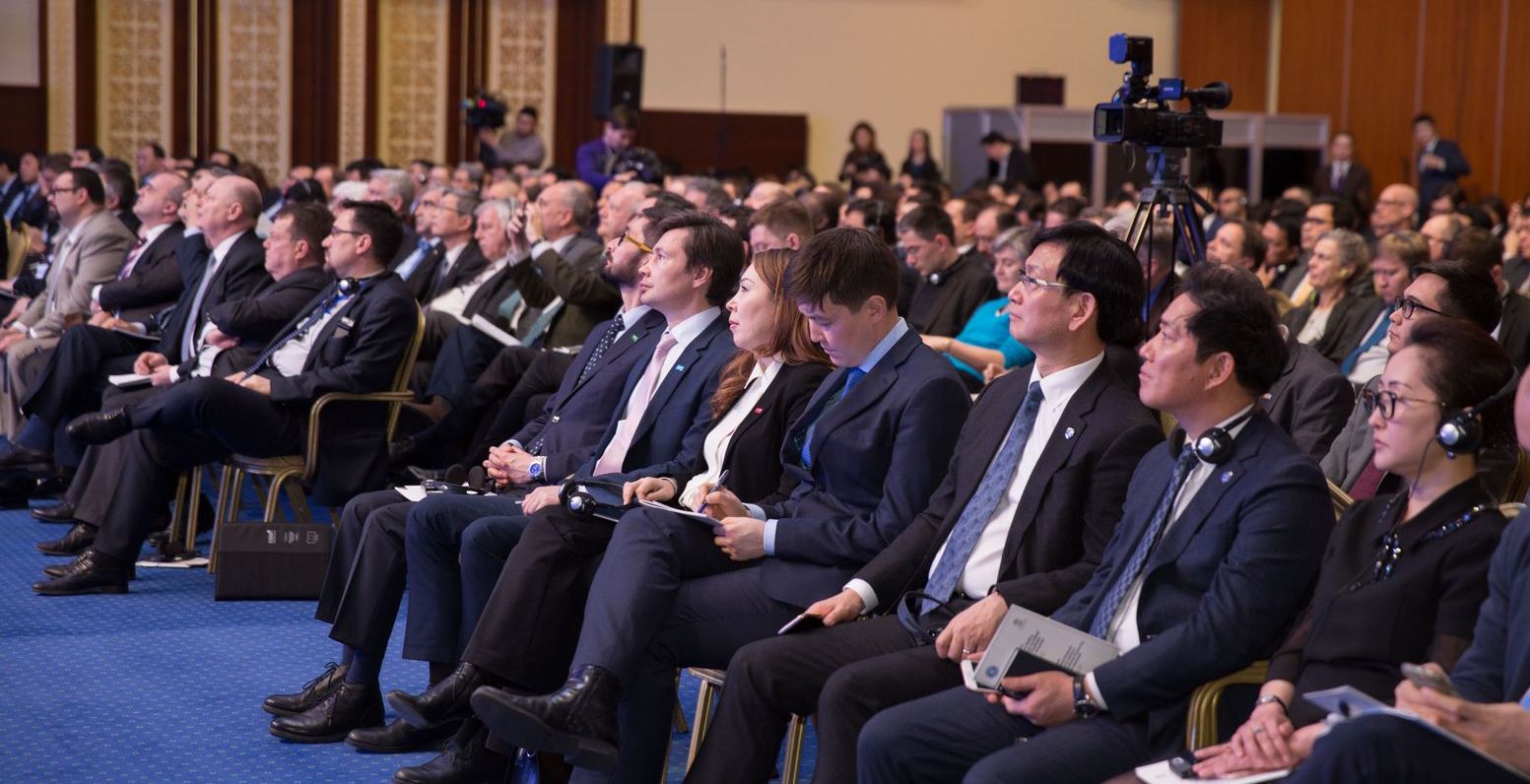 2540
«Samruk-Kazyna» JSC (hereinafter — the Fund) held an event for approximately 300 representatives of the diplomatic corps, large international companies, investors and bankers. During the event they presented a strategy of shifting from the asset administrator to the active portfolio investor role, interim results of the transformation program, privatization program as well as long-term projects in developing industries.

— The opportunity to invest in «Samruk-Kazyna» JSC group of companies is unique, because the Fund brings together the largest enterprises of the country in various sectors, — CEO of the Fund Umirzak Shukeyev noted. — The Fund’s Transformation program is aimed to make these assets more attractive. Today Kazakhstan and «Samruk-Kazyna» are even more reliable option for investment than a few years ago. For example, over the past two years, Kazakhstan has climbed from 51st to 35th position among the economies by «ease of doing business» rating of the World Bank.

The Fund representatives told about the privatization program of «Samruk-Kazyna» for 2016-2020, which is being implemented in accordance with the decree of the President of Kazakhstan.

— At the moment the privatization program is in its active phase, — Director of Assets Privatization and Restructuring Department of «Samruk-Kazyna» JSC Dauren Tasmagambetov said.

— It is planned to realize 217 assets, which are divided into two lists. The first list includes 45 largest companies of a national scale. Some of them, such as «Kazatomprom» JSC and «Air Astana» JSC, are in the priority list of candidate companies for an IPO. The decision on the public offering depends on variety of factors: macroeconomic environment, capital market conditions, and company-specific conditions. We are at the very first stage in which we focus on selecting investment banks, and assess overall readiness for IPO.

During 2016 the Fund prepared 75% assets from the second list (172 small and medium-sized enterprises), agreed privatization methods with the State Commission and had started selling major assets. The implementation of major assets privatization is expected to be completed by the end of 2018.

During the event, there were presented promising projects implemented by «Samruk-Kazyna» JSC in developing industries.

— The Fund’s asset portfolio has four growing companies that will increase its value significantly in next five years, — Со-Managing Director for New Industries Development of «Samruk-Kazyna» JSC Yerzhan Tutkushev said.

In addition, in 2017 the UCC plans to put into operation the first stage of the free economic zone in Zhambyl region, which provides plug and play infrastructure for basic and specialty chemicals production. The speaker also spoke about the main projects of other growing companies in the Fund’s asset portfolio: “Tau-Ken Samruk» JSC, “Samruk-Kazyna Real Estate Fund” JSCand “Qazaq Air” JSC. The Fund focuses on further investment development on strategic priorities of Kazakhstan set by the Government as well as proactively seeks for new partnerships with multinational corporations.

— We believe that “Samruk-Kazyna” is the partner of choice for any international investor that enters this region in the absence of local partner. We can play a role of strategic or financial partner by providing support to development of new business, whereas letting our partners to run the business, - Y.Tutkushev outlined.

The Fund has created a special team dedicated to identify, negotiate and structure new partnerships. It proactively seeks for new opportunities by offering investors existing projects in priority sectors; structuring new joint ventures starting from concept stage together with strategic partners; inviting investors with success stories in other parts of the world to replicate or expand in Kazakhstan.