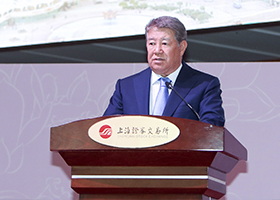 17.01.2018
Samruk-Kazyna Fund
Kazakhtelecom plans to go public in the first half of 2018
“Particular attention is paid to the privatization of the seven largest national companies, three of which are already preparing for possible IPO deals....

10.01.2018
Samruk-Kazyna Fund
Successful listing of national companies through the IPO to contribute to the development of the stock market
President of Kazakhstan Nursultan Nazarbayev in his annual Address to the people of Kazakhstan, published on the official website of the President of the Republic of Kazakhstan, instructed to "reload" the financial sector. “It is important to further improve the investment climate and the...

23.12.2017
Samruk-Kazyna Fund
Bakytzhan Sagintayev and Adilbek Dzhaksybekov presented new chairman of the board of SWF "Samruk-Kazyna"
Today, on behalf of the President Nursultan Nazarbayev, the Prime Minister Bakytzhan Sagintayev and Head of the Presidential Administration Adilbek Dzhaksybekov presented the new chairman of the board, Akhmetzhan Yessimov, to the staff of the SWF "Samruk-Kazyna" JSC. The Prime Minister noted... 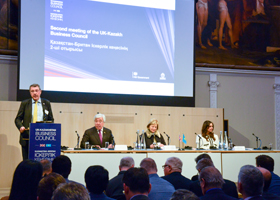 12.12.2017
Press releases
Second meeting of Kazakh-British Business Council takes place in London
11 December 2017, London - Samruk-Kazyna JSC has conducted the second meeting of the Kazakh-British Business Council in London, in partnership with the UK Department for International Trade. The main goal of the event was to share the positive developments taking place in Kazakhstan's...