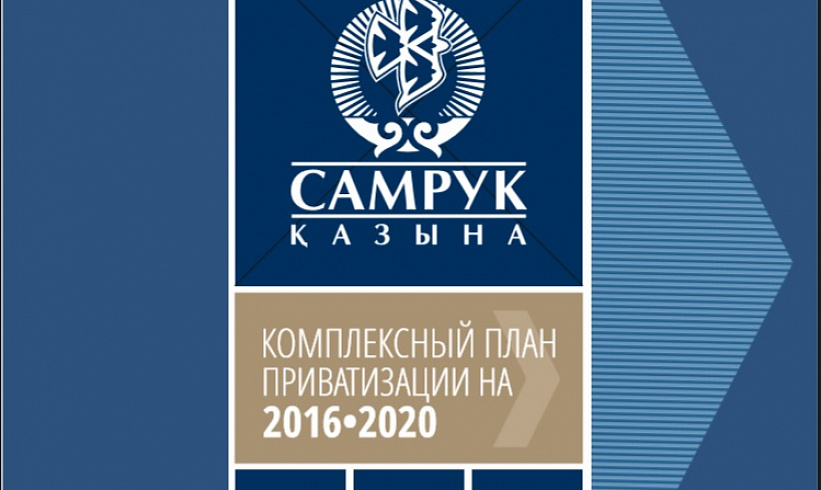 - Mr. Beisengaliyev, we know that the Fund plays a big role in the implementation of the privatization program the Head of State announced in autumn.  Could you tell us about the targets and objectives that the Fund intends to achieve?

- The main purpose of the privatization program is to increase the effectivity of the Kazakhstan economy by directing state assets into the free market competition and attracting investors. As known, the privatization program envisions privatization of 783 companies, inclusive of 217 owned by Samruk-Kazyna. 44 of those 217 are big companies, the companies of the national scale.  In implementing our program, we seriously benefit from the transformation experience gained since 2014.  For successful privatization, the following components are required: transparency of assets and their operations, clear strategy and modern business processes.  We began the work regarding those affairs and covering the whole group of companies one year and a half ago. That is why our program is the logical continuation of our transformation.  We are more prepared to privatization than the others.
The Fund prepares portfolio companies in accordance to best international practices.  With the use of various mechanisms, we plan we will delegate the management to private businesses interested in the development of those companies and the improvement of their effectivity. Privatization will also stimulate development of healthy competitiveness and reduction of state regulation in  the business sector.

- And you did the work regarding privatization in the past

- Yes, in the past several years we also worked on the implementation of the 2014-2016 Complex Privatization Plan. In executing the Plan, we let go into the free market environment 38 enterprises and the total sum of all deals was in excess to KZT63 billion. Amongst others, in the course of Popular IPO program, we released JSC KEGOC shares in the securities market. In the result of that campaign more than 42 thousand citizens of Kazakhstan became co-owners of the national company.
Besides, 49% of JSC Transtelecom were privatized, as well as all shares of the Almaty Railcar Repairs Plant and Kazakhstan Institute of Oil and Gas and 50% of Zhambyl Water Power Generation Unit.
Generally, the majority of the privatized companies were previously owned by JSC National Company Kazakhstan Temir Zholy and JSC National Company KazMunayGas. Revenues from privatization of Samrul-Kazyna assets totaled almost 80% of the total income from privatization all over the Republic.
However, our new targets and objectives for 2016-2020 are far more challenging: 217 assets versus 38, including not less than 7 public emissions.

- You mentioned that the privatization will be run with the help of various mechanisms.  Can you tell us more about those mechanisms?

- We realistically apply the individual approach to each company, based on its peculiar features.  Such major companies as Samrul-Energy or Kazakhstan Temir Zholy are intended for emission into securities markets.  The Astana International Financial Center is the priority platform for that transaction.  In our opinion, the development of the national market of capitals and financial services is one the utmost importance opportunities that the privatization program will help us to implement.  In its turn, the liquid and the very dynamic capitals market, as well as modern financial and legislative institutions will constitute powerful stimuli to business activities in the Republic, to the development of economy, in general. We assess that higher level of transparency of public companies of examples of successful functioning of legislation, institutions and standards of the corporate governance will lead to improvement of investment climate.
The public emission is not, however, optimal for all companies.  We also review the attraction of strategic investors, especially for companies that require significant investment, technologic renovation or investors with rich and extensive industry expertise. In some cases, global investors may open up the gates to international markets for Kazakhstan companies.  Not big companies, companies of inferior significance will be privatized in accelerated order of action, through electronic auctions.
We also review the option to use mechanisms of public and private partnership, such ones, as concession, which mechanism envisages the awards of assets management contracts without withdrawal from ownership. Such ownership format may prove to be the best when we work with strategic assets and assets that are important from the national security standpoint. I want to emphasize this: we very prudently approach all decisions and we will analyze privatization perspectives together will our portfolio companies, Ministry of National Economy and exterior consultants.

- You plan accelerated privatization for minor assets.  What is the general duration of the program?

- As per approved plans, all companies must be privatized prior to the end of 2020.  44 major companies form the priority list.  In regards to those companies, we will perform the pre-planned work, make prudent decisions and assess potential consequences.  The beginning of privatization of 7 major portfolio companies that are subject to IPO is planned for the second half of 2017, because we need to fulfill some preparatory work and take measures towards optimization and transformation of assets.
The other 37 assets from the priority list will commence privatization this year, and the process, according to plans, will end prior to the last of 2018. Consequences of hastened decisions will be most serious, that is why, I will repeat myself, we will approach the process very prudently.
The second list is inclusive of 173 companies, the majority of which list will be privatized prior to the end of this year.  We have analyzed and make appropriate decisions for a great number of those companies.  Regardless the size of the companies, we will take into account the specifics of the regions, interests of the workers and social liabilities carried by enterprise.
It does not appear feasible to privatize some assets through auctions, because those assets are not solvent.  That pertains to low profitability companies, those without development potential.  For such cases, we may envisage liquidation or reorganization. We plan to finish the work regarding those assets in the course of 2017.

- Do you take into account social consequences of privatization? Because those companies employ great numbers of people and local populations use services of those companies.

- Certainly.  Socially significant companies will be privatized under certain conditions  - those purchasing the companies must assume obligations to preserve all work places, company profiles and social affairs.  Those obligations will be included in the terms and conditions of investment memorandums, which documents are parts our positions in the course of negotiations with investors.

- Who will be main purchasers of those companies?

- We are interested to attract both international investors and Kazakhstan companies.  It is also important to make reference to the appeal of the Head of State to the wealthy citizens of Kazakhstan to take part in privatization within the framework of the capital legalization program, including those earlier deposited abroad. We  believe that the privatization program is an attractive instrument of legalization and it will allow to return substantial capitals to the country.

- What are your plans for assets that will not attract buyers?

- Our uniform privatization rules envisage several rounds of auctions when we offer companies for privatization.  In case the whole process yields no buyers, then, depending on the social and economic significance of each particular enterprise, such enterprises will be either reorganized or liquidated, as I said earlier. One of the associated privatization tasks is to increase effectivity of management of the Fund group of companies through reduction of the number of subsidiaries and management tiers (the so-called Daughters, Grandchildren and Great-Grandchildren). That process will also help us to get rid of ballast – enterprises that perform no financial and economic activities and, accordingly, generate no income.


How particularly will privatization facilitate the improvement of the company performance?
- Several factors will be on our side.  Firstly, the preparatory activity itself will be inclusive of the optimization of the company structure, development of management and interior control systems, as well as the analysis of exterior and interior environments. All of that is necessary to encourage the demand among investors for higher price.  Secondly, new private owners will invest personal interest into the success of the companies.  More than centralized state administration are they capable of paying more attention to those companies.  We also expect that investors will bring new financial and technological resources into the companies. Finally, the reduction of the role of state administration in economy and the development of national markets of the capital will result in healthy competition among companies and growth in business activity. All of that will convey significant influence upon labor productivity and economic growth in Kazakhstan.

- In the past decade, a significant number of countries, including UK, Germany, Turkey, Chile, Georgia and others fulfilled privatization programs.  We have opportunities to analyze their experience and assess risks beforehand, as well as take the steps towards prevention of those risks. For that we work with international experts and specialists in the implementation of similar programs.
We learn negative lessons of other countries, as well as positive examples. There always are and will be critics of privatization.  As an example of what we strive to avoid I can make reference to the privatization in the Eastern Germany in the 90-s of the 20th century. In their case, the hastening privatization without the analyses of consequences resulted in economic failure of the program and social impacts, including mass unemployment. At the same time and most apparently, Chile, Italy and Spain constitute positive examples for us.
Chile is an excellent illustration of how important it is to learn from own experience.  After relatively disputable successes in the sphere of privatization in the 80-s of the 20th century, in the 90-s, Chile implemented one of the best specimen of privatization as a part of greater economic reformation that allowed Chile to achieve leadership in South America. Kazakhstan also gained its first privatization experience in the 90-s and it is necessary for us to learn lessons from our own modern history.

- Mr. Beisengaliyev, in some countries privatization programs became objects of criticism for lack of transparency of the decision making processes and there were even accusation of corruption. How will openness of privatization be ensured in Kazakhstan?

- Privatization of our enterprises will be performed in compliance to Uniform Rules, as approved by the Samruk-Kazyna Board of Directors.  Asset privatization is a staged process.  Firstly, we define the optimal method for privatization and then, according to the legislation, independent experts will evaluate the process. When we sell major assets, we rely on international standards of assessment and evaluation.  After that assets are subject to review by industry commissions inclusive of representatives of the Atameken National Chamber of Entrepreneurs, state administration bodies, public activists and Members of the Parliament.  Following which procedure, owners make corporate decisions and submit the same to state commission on modernization of economy. Regardless whether companies are owned by Samruk-Kazyna or its portfolio companies, the privatization methods will be subject to approval by the Samruk-Kazyna Board of Directors.  Also I must highlight that we will attract the best international consultants to coordinate privatization of major assets.
A part of privatization objects will be sold through electronic auctions, which auctions do not, in the principle, exclude the influence of the human factor on the outcome. As you can see, any suppositions of lack of transparency in our case are not substantiated.

- Which criteria will you use to evaluate how the program goes? What will be the main success indicator for you?

- There always exists the temptation to pay the first attention to short-term results, the “this hot minute” kind of revenues. But we are the National Wealth Fund, not a commercial structure. That is why our main priority is the long-term result for the country.  Our privatization program is a part of global economic reform and its success will be, first of all, the creation of conditions for sustained growth of the national economy, encouragement of transparent and just regulation of business and favorable investment climate. 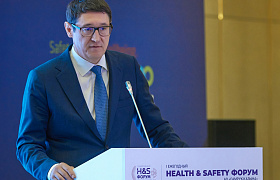 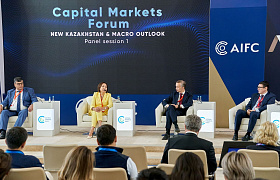 Samruk-Kazyna JSC to have announced about the IPO of JSC NC Kazmunayg... 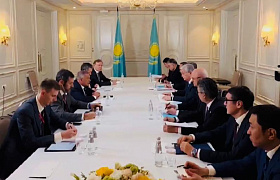 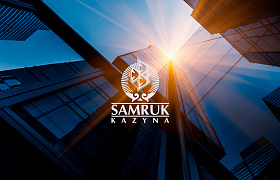 Samruk-Kazyna JSC succeeds in lifting the illegal attachment of Kashag...